In the Tent gallery in Rotterdam was some work by Nicky Assmann.  My favourite was a series of acrylic hanging triangles.  These colourful triangles which looked very like bunting rotated and as I walked around them reflections came and went, colours changed and all in all created a magical experience. 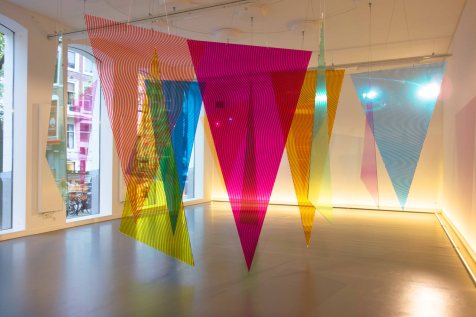 The colours were vibrant, the movement held my attention and totally immersed me in the life of the piece, even the colourful shadows on the walls were part of it.  It made me think of Summer – I guess that’s the ‘bunting’ effect.  The main effect for me, though, was the feeling of total immersion it created – the movement, colours and reflected light held my full attention.  However, I think the size of the installation was vital – the effect would not have been so intense had the installation been any smaller.

All her pieces concentrated on physical sensory experiences. 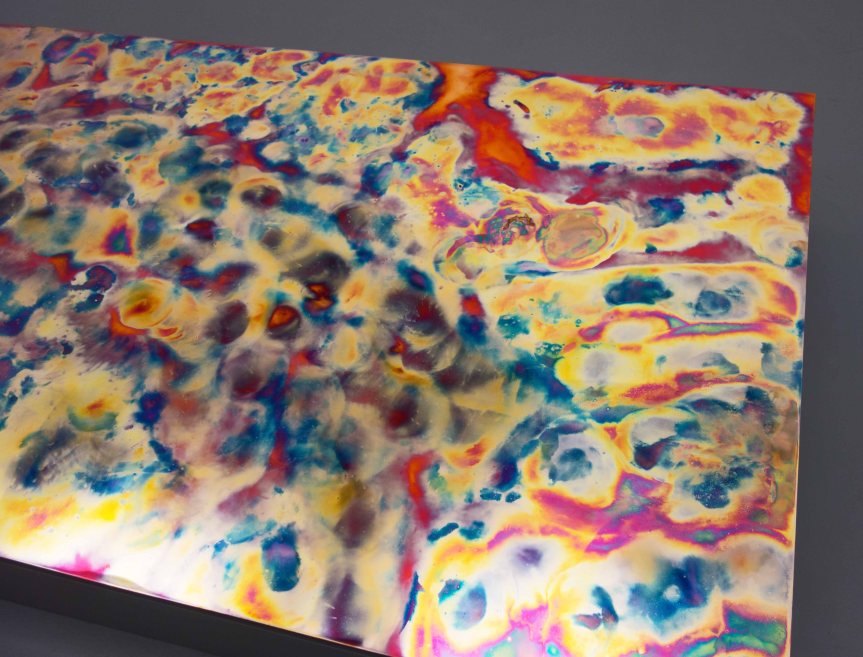 This one was one of the pair of copper sheets called Aurora Studies – perhaps because of the colours in the Aurora Borealis.  The sheets have been treated to cause them to oxidise and these colours are the result.  It would be good to see these sheets again in a few months or even a year’s time as the oxidisation process will have further progressed and I believe they will look very different.

As well as interesting architecture, Rotterdam appears to love its public art.  As with the buildings, there is art around almost every corner.   Art in green space as in many cities …. 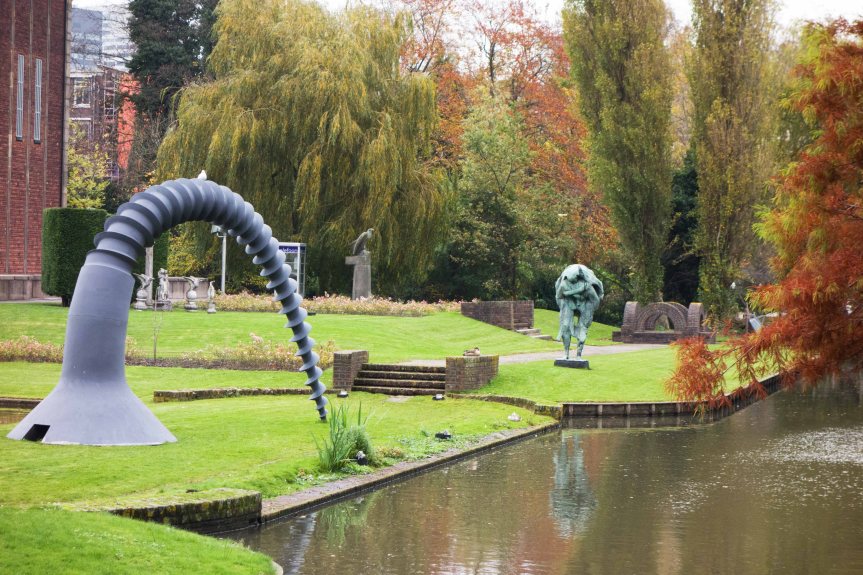 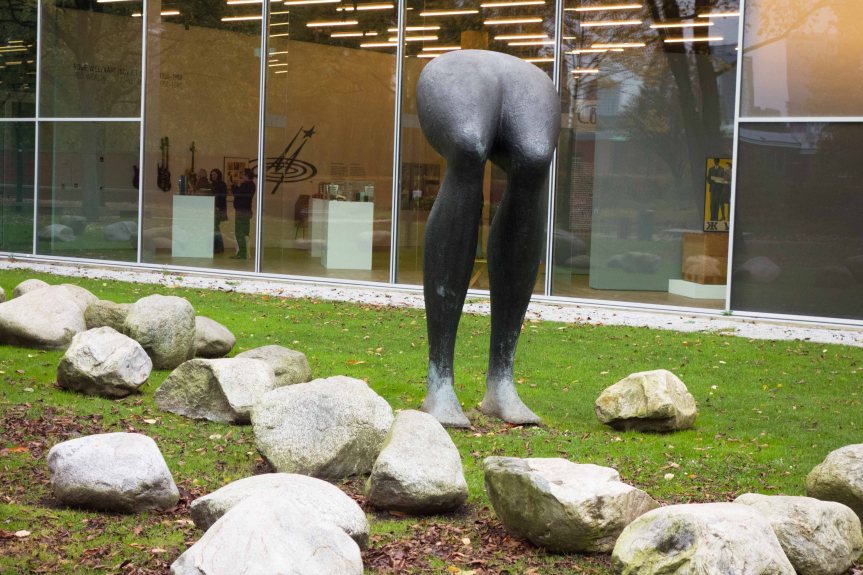 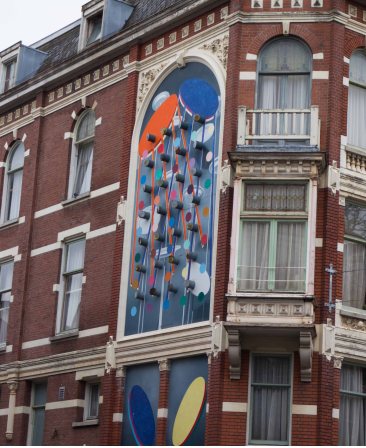 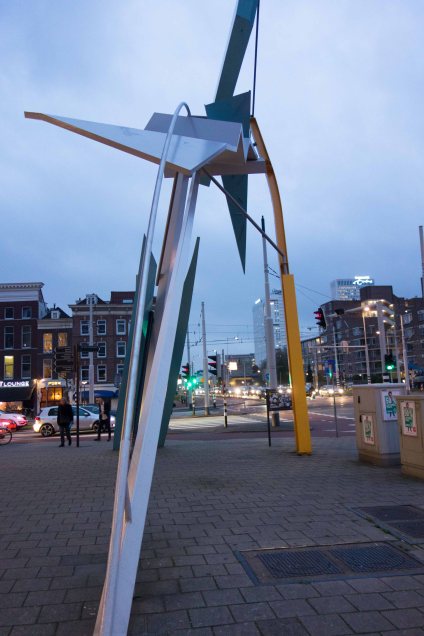 … and even a Picasso! 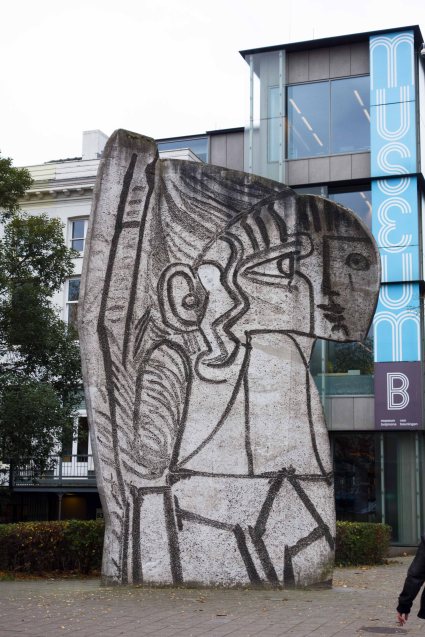 There was public art everywhere, most of it very good and together with the architectural style it made Rotterdam a very pleasant city to walk around.  The architectural style of the city centre was eclectic to say the least.   Every building inspired me to take a photo of it, each building was different from the previous one.  One noteable feature was the mixture of uses that each building was put to. Most buildings seemed to have shops, offices and flats.  One even had a two storey bicycle park!

This mixed use meant that the city centre was always busy and vibrant.  Everything was lit up – even the cranes were lit up at night!  Restaurants surrounded the marinas and there was a lot of life everywhere.  This visit completely changed my preconceptions about this city.

I just returned from a visit to Rotterdam where I and three other students on my course met up with some students from Lille University in France.  We took part in a workshop inspired by work currently being shown by our  course tutors – Tracy MacKenna and Edwin Janssen.

The first thing to say is that Rotterdam is a surprising city.  Before I went I had visions of an industrial city and port that had had to rebuild itself after it was flattened during the Second World War.  What I didn’t expect was the sheer imagination put into that redevelopment.

Two main things I noticed – firstly, buildings had their own style, it was very mixed styles throughout the centre, but it worked well.  The second thing was that most buildings were multiple use – people lived in the same buildings as shops and offices were housed – see this picture of the market hall which was surrounded by flats which arched over the top of the very colourful central hall.

The result was a lively, vibrant city centre

There was interesting architecture everywhere we looked.  We stayed at the Stay Okay Hostel which was in the ‘Cube Houses’ just across the square from the market hall and the railway station. 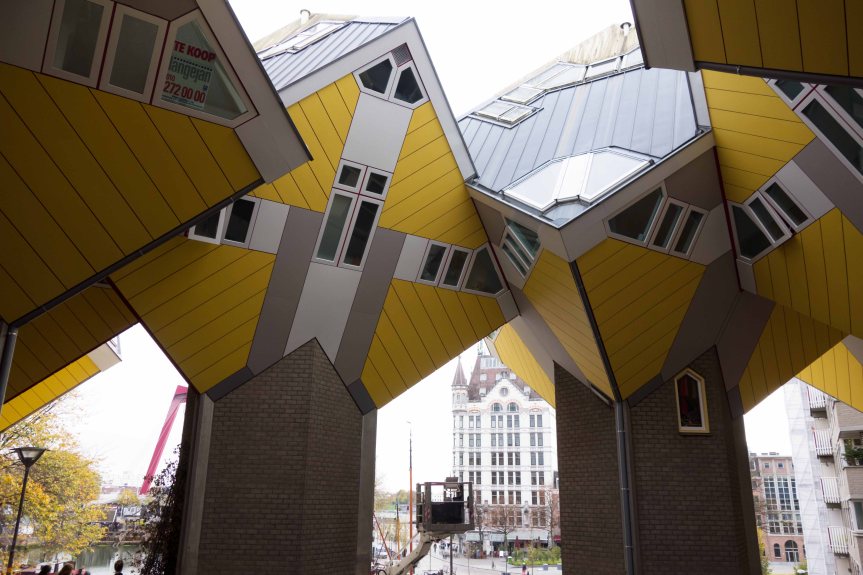 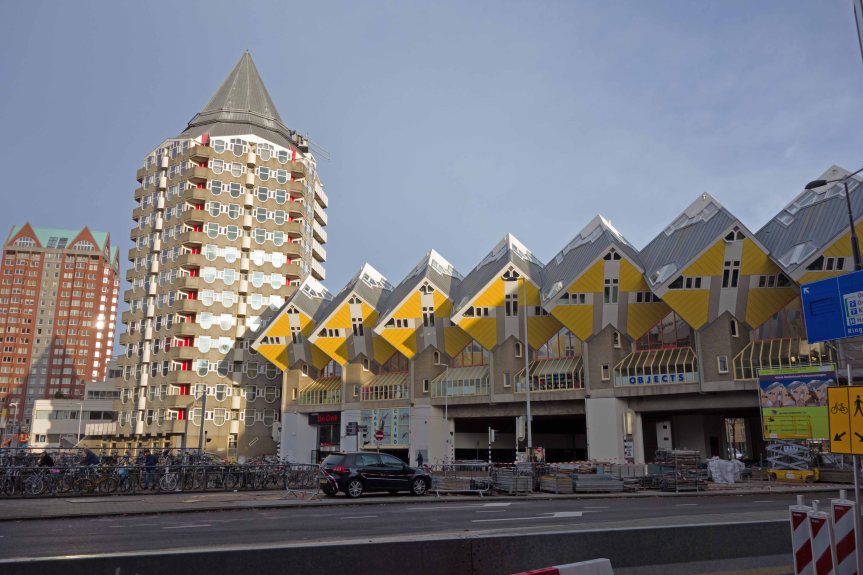 Look at the building next to them.   Around almost every corner is interesting architecture.  Plus lots of public art.

So far on this course I have done a lot of thinking and not much making.  I have used a lot of mindmaps because there is so much possible information and so many possible routes to take for the research I want to do that some form of structure is necessary.  Besides which, I love mindmaps and their endless possibilities! 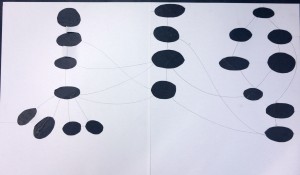 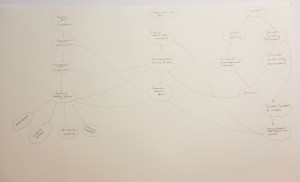 A mindmap and also a mindmap with the words cut out.